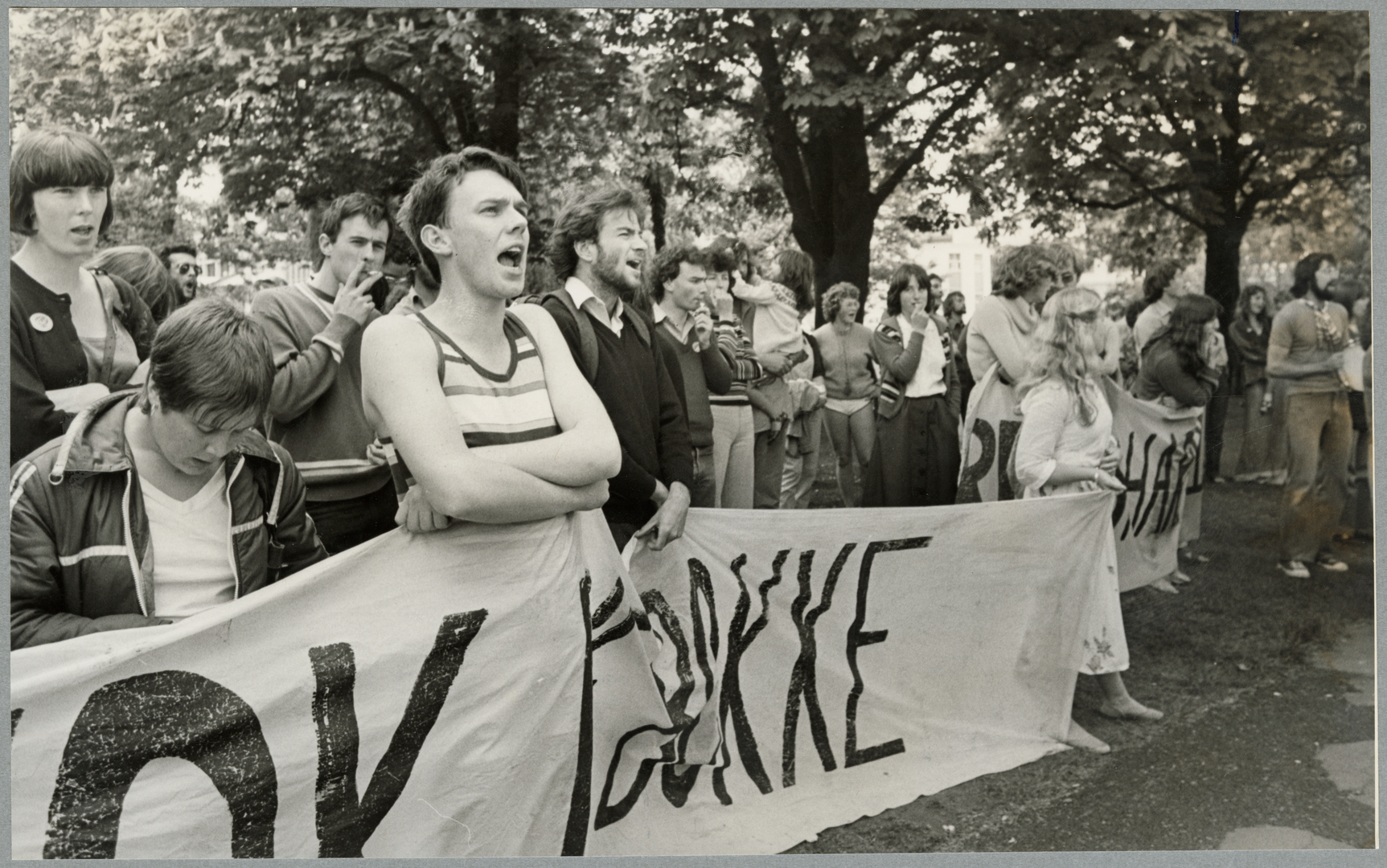 In July, August and September 1981 New Zealand experienced some of its greatest civil disturbance in that century as the South African rugby team toured the country.

This collection includes national and local posters against the Tour, and posters advertising various protest events across Christchurch. 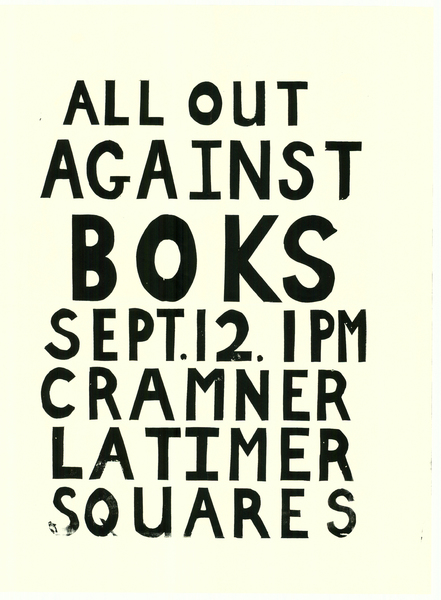 All out against Boks, Sept 12 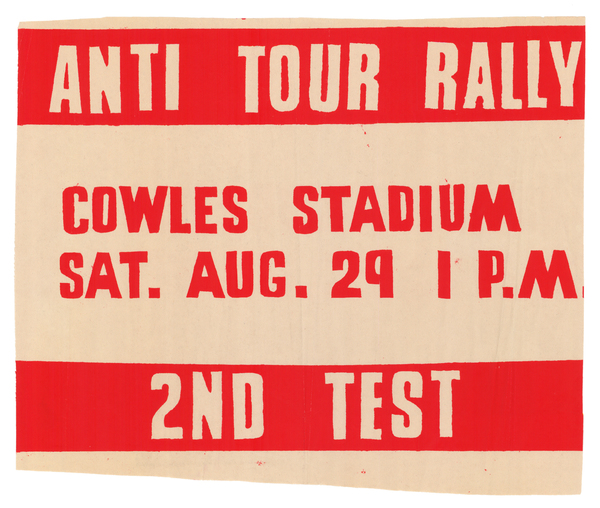 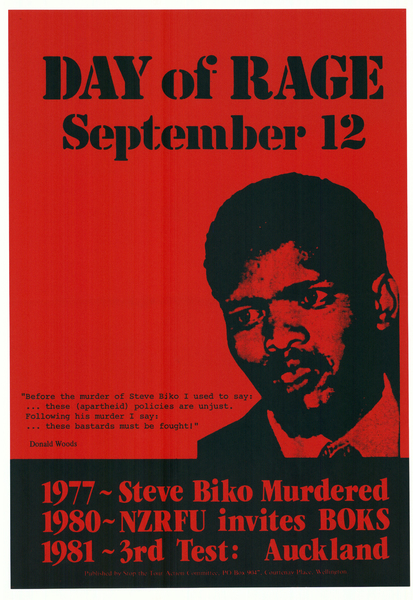 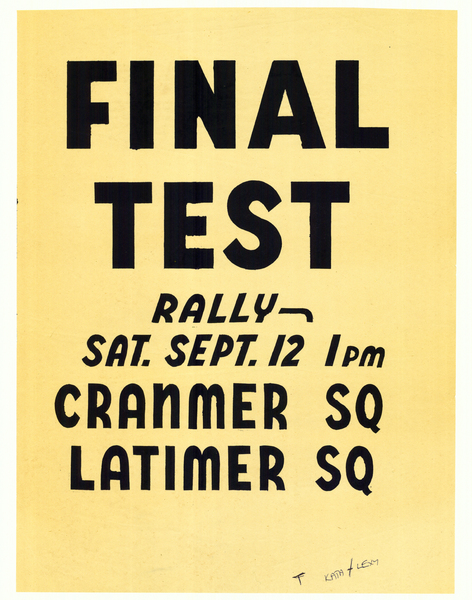 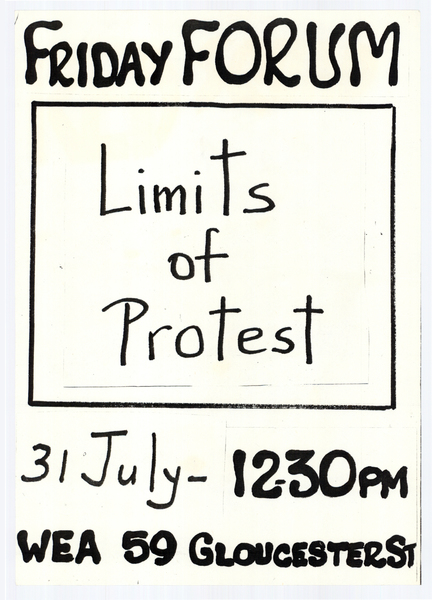 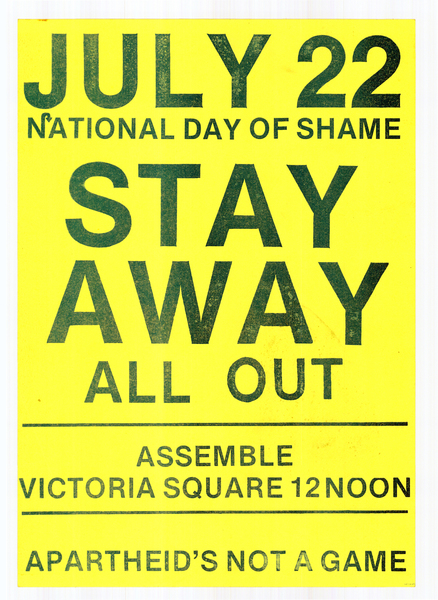 July 22, Stay away, All out, National Day of Shame 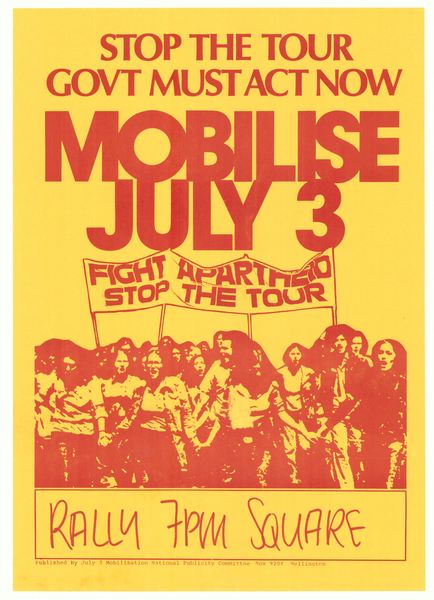 Poster announcing march times and locations to protest the 1981 South African Springbok rugby tour of New Zealand on 3 July 1981. The poster features a group of demonstrators carrying a banner with...
Image 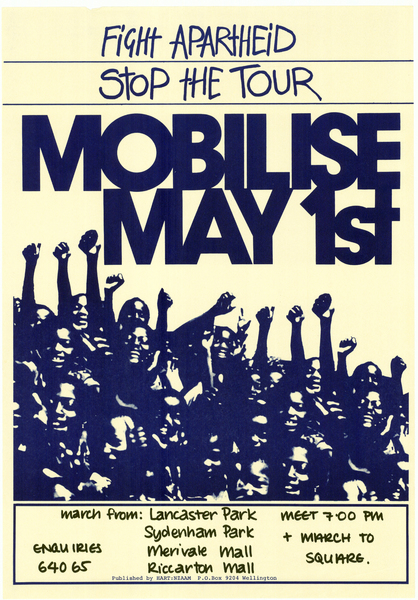 Poster announcing march times and locations to protest the 1981 South African Springbok rugby tour of New Zealand. The poster features a crowd of black South Africans with their arms raised in the...
Image 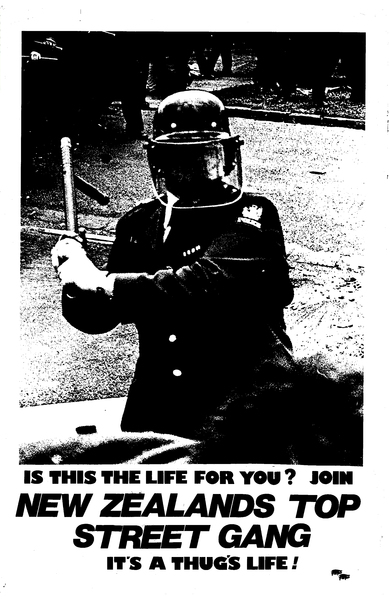 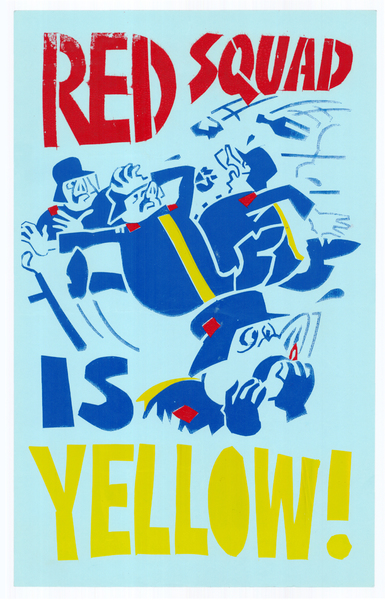 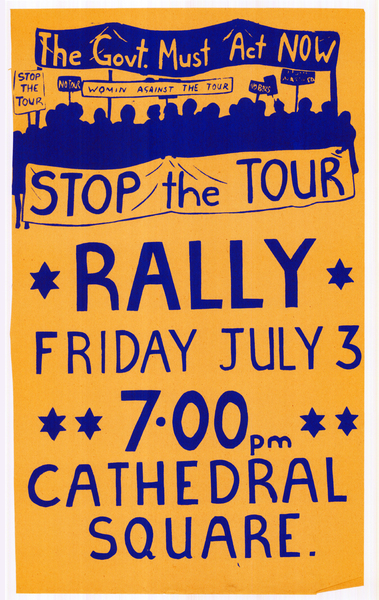 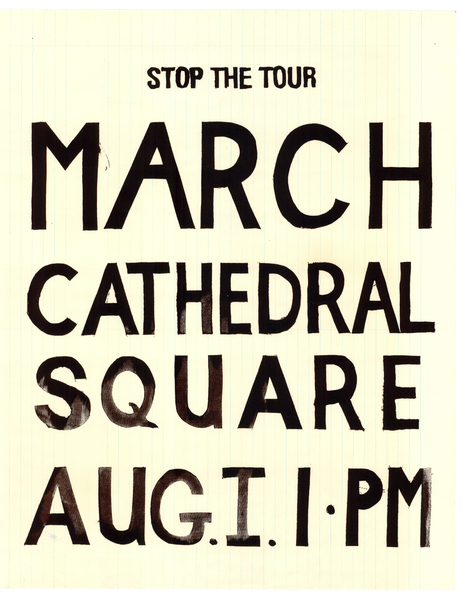 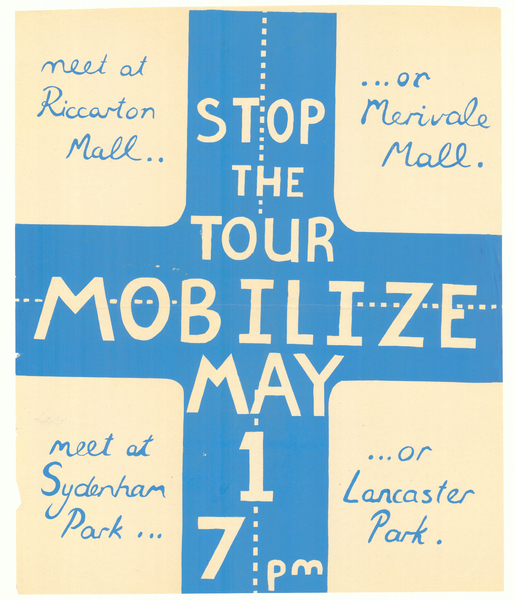 Stop the tour, Mobilise May 1

Poster announcing march times and locations to protest the 1981 Springbok tour of New Zealand. Depicts intersection of roads as a blue cross on buff background with with blue text in each quadrant...
Image 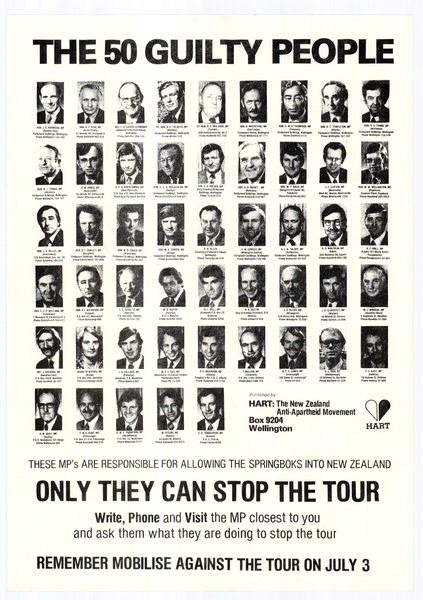 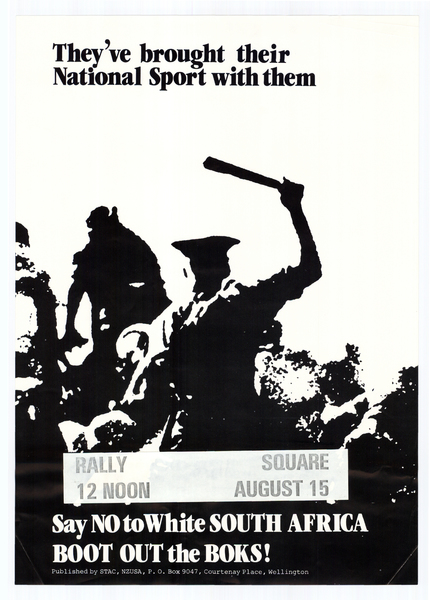 They've brought their national sport with them

Poster announcing march time and location to protest the 1981 South African Springbok rugby tour of New Zealand. Poster features a central image of a uniformed figure with back to viewer raising a...
Image 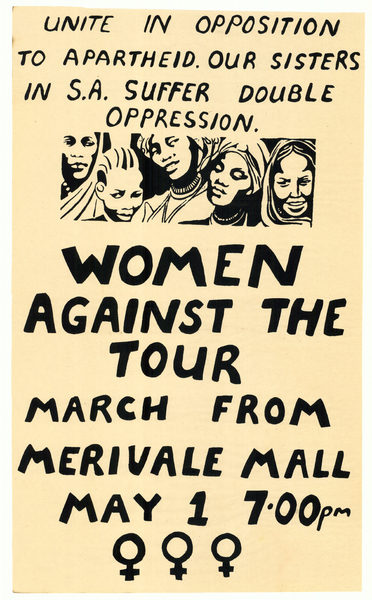 Women against the tour, March from Merivale Mall