Tragedy struck on a Tuesday lunchtime at 12.51 when a fault beneath the Port Hills shook violently. It measured 6.3 on the richtor scale and was only at a depth of 5km. This earthquake had a much more devastating outcome than 4 September 2010. This was due to the high ground acceleration of this particular fault and the time of day. The damage was extensive.

Many people suffered injuries and unfortunately 185 people died, 115 of whom were in one building, the collapsed CTV building. Impromptu triage centres were set up and members of the public were helping those that were trapped and injured alongside professionals.

Buildings, roading and infrastructure were in precarious states while aftershocks continued. Building facades had fallen, cracks had opened in the ground, liquefaction silt came to the surface, power was out and phone lines were down.

People gathered in open spaces like Cathedral Square and Hagley Park. Mass exodus from the central city began. The streets were gridlocked with cars contending with each other, newly created hazards and emergency services trying to get around. Many people just walked home. Trying to connect with and check on family was extremely difficult with overloaded cell phone networks.

Within hours New Zealand's first National Emergency was declared for a Civil defence emergency. This gave the Civil defence special powers to control and manage the situation. A cordon was placed around the central city as rescue efforts continued. 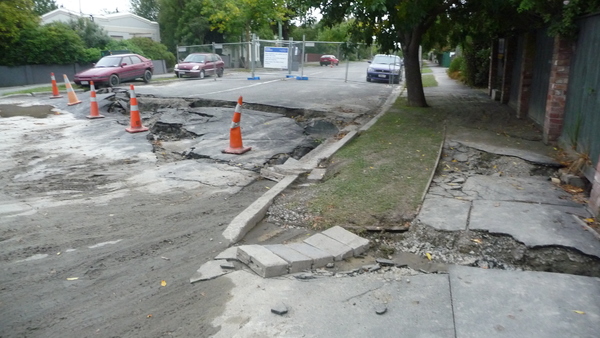 Definitely no longer a safe retreat

Retreat Road in Avonside following Feb 2011 earthquake - definitely not living up to its name anymore.... However, nice creative use of broken fence-pavers to create a bridge across pavement mudhole!
Image 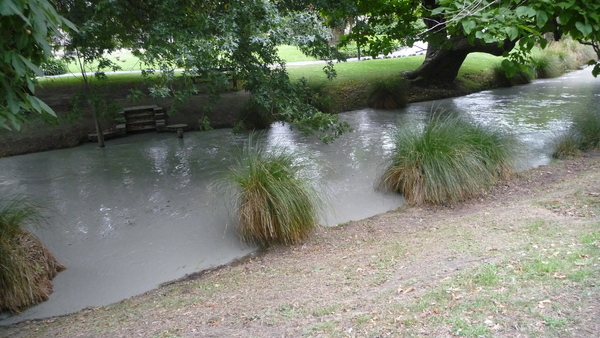 Following 22 Feb 2011 quake, the Avon River running through town suddenly turned chalky grey-white (due to liquefaction sediment) and rose rapidly in its banks. This photograph was taken on Oxford...
Image 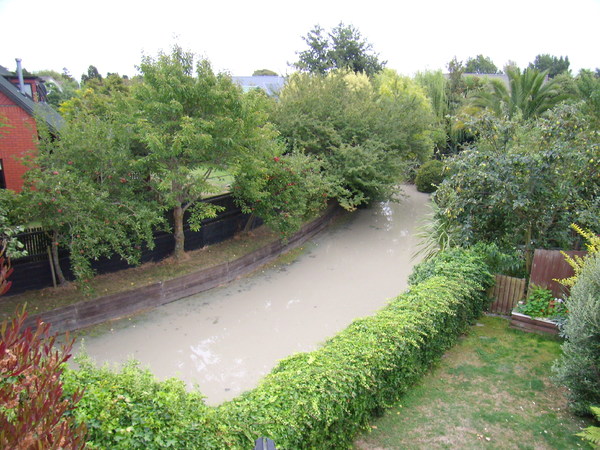 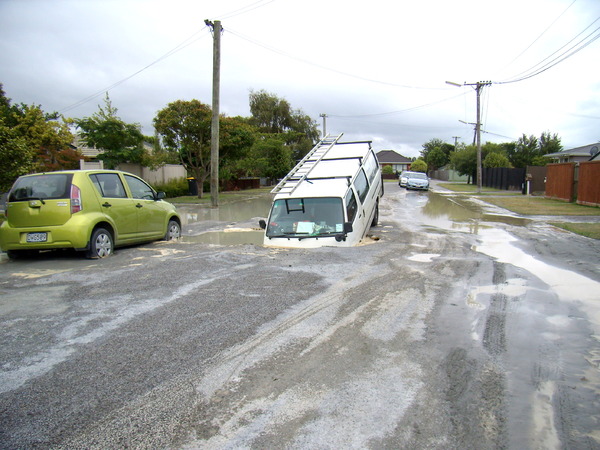 A van trapped in a sinkhole on Badger Street.
Image 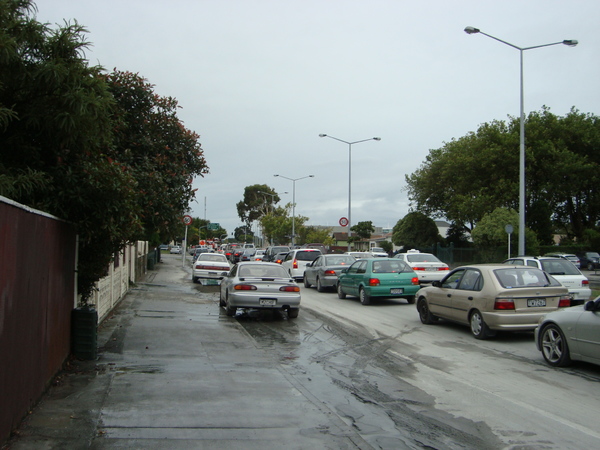 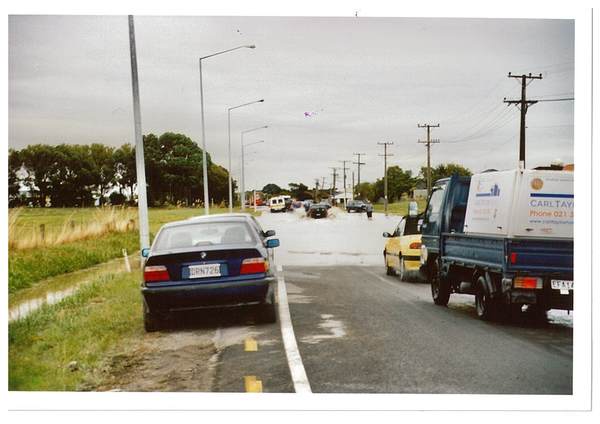 Flooding and traffic on Anzac Drive 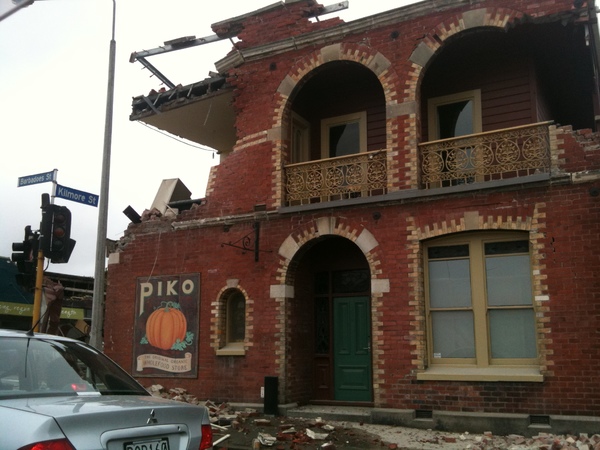 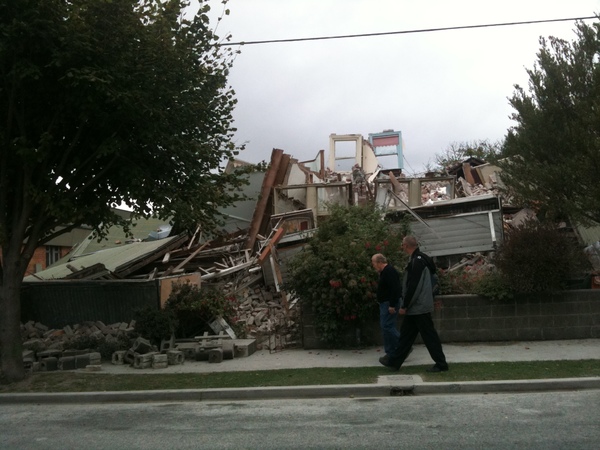 Men walking past rubble and debris from collapsed house on Linwood Avenue.